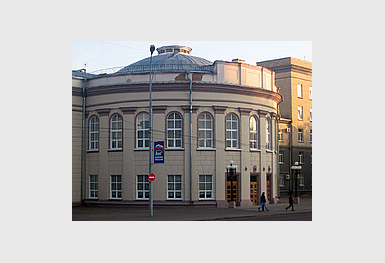 Campaigning for the State Duma and the local parliament has only just begun, and already violations of electoral law have occurred.

Campaigning for the State Duma and the local parliament has only just begun, and already violations of electoral law have occurred.
In accordance with Part 1, Art. 49 of the federal law, “On Basic Guarantees of Electoral Rights and the Right to Participate in a Referendum of Citizens of the Russian Federation”, political advertisements began the day after candidate lists were developed. As everyone knows, last weekend Unity Russia approved its list of candidates during its congress, after which advertisements for its candidates began, which are obligated to be paid for by their approved election fund.
Recall that political advertisement is defined by law as the dissemination of information in media which focuses on a candidate or electoral association with positive or negative comments or actions that contribute to the creation of positive or negative attitudes in voters towards a candidate or electoral association.
However, in reality, only opposition parties are forced to comply with the law, while the rules don’t apply to representatives of the party of power.
Upon returning from United Russia’s congress, Alexander Kozlov, the governor of the Orel Region gave an interview to the television station “Russia-24” (the interview was later reprinted in Orel Truth). During the interview, Kozlov stated “I believe that populism has never had good results.” The slogans supported by United Russia are based on the real situation in the economy and social sphere. The same can’t be said of our opponents. Certainly in our work we will meet various obstacles, including the opposition that is trying to make political gains by only criticizing the authorities and making populist promises. For example, during the KPRF’s Congress, they declared that the party will seek to increase post-graduate and doctoral scholarships by four-fold. Although they are probably aware that first of all, there is no possible budget for this, and secondly, the responsibilities they bear for such a fantastic statement and they don’t intend to bear the responsibility and aren’t going to.” This was campaigning in support of United Russia and criticism of the KPRF at the same time, and was, of course, not covered by the election fund.
A number of articles published in the Orel Truth last Tuesday wittingly conveyed a positive attitude towards United Russia, and were therefore advertisements. Included in the newspaper was “Five projects of United Russia” is the name of United Russia’s campaign program in Orel. It advertises on the front page that it will radically change life in the region and has an eighteen page section called “Equal Opportunities” which explains how United Russia’s plan will benefit disabled persons. Of course, the required payment for the advertisement from the election fund was never recognized. On the third page of the Tuesday edition there was also an article labeled “909th Go!” an article about United Russia’s solution to traffic congestion in Orel. The aforementioned interview of Alexander Kozlov also lacked the disclaimer stating that it was a political opinion.