The Three Components of Citizenship 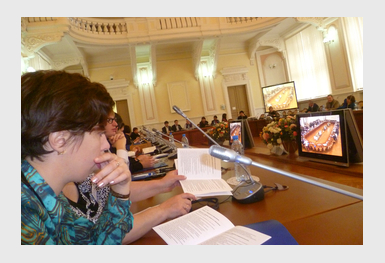 An international scientific conference called “Civic Education. Civic Action. Civil Choice” has been dedicated to the 20th anniversary of civic education in the Tomsk Region.

The conference was attended by a plethora of groups, including the Foundation for Civil and Political Science Education of Tomsk, the Legislative Duma of Tomsk, the Administration of Tomsk, Tomsk State University’s National Research group, the Russian Association of Political Science, and the GOLOS Association.
The organizers of the conference included:
• I. Sherbinin, Professor of Tomsk’s National Research department and President of the Civics and Politics Foundation.
• A. V. Sevostyanov Deputy Mayor of Tomsk and Head of Public Relations.
• N. S. Krechetova from the Keane Association and a human right’s advocate in the Tomsk Region.
• T. I. Makogon, Chairman of the Committee of Local Governmental Administration in Tomsk.
• V.G. Igishev, Head of the Agency of Active Groups and Independent Projects.
• N. G. Shcherbinina, Professor at Tomsk State University in the National Research department.
• E. A. Sidorenko, Coordinator of the GOLOS Association’s Tomsk branch, and a member of the Tomsk Regional Duma.
The conference was held on September 22nd at Tomsk State University’s Research Library. It was opened by B. A. Mal’tsev, Chairmen of the Tomsk Regional Duma. He spoke on the subject of “Cvic Education and Parliamentary Culture.” The guest of honor at the conference was Professor K. Schubert, Head of German Politics at the University of Munster, Germany, gave a brilliant presentation on “The boundaries of Civil Society.”
Commissioner for Human Rights in the Tomsk Region, N.S. Krechetova spoke on the topic of “Civic Participation in Modern Life in Russia: The Role of the Regional Ombudsman. Another speaker, Nelly Stepanovna very accurately described the state of civil society in Russia, and in the Tomsk Region in particular. She criticized virtually every civil institution, but focused most heavily on the activities of the so-called “consultative structures” in the government: Public Chambers and Councils. The Deputy Mayor of Tomsk and head of public relations A.V. Sevost’yanov made a presentation on “Civil Activity as a Catalyst for Reform of the State.” Professor Sherbinin closed the conference with a positive themed presentation called “Prospects for Civil Education in the Tomsk Region.”
After lunch, the conference continued at roundtables. The main topics discussed were:
• Civil society and civic education in the 21st century.
• Regional characteristics of civic culture.
• Parliamentary culture and civic engagement.
• City and the Citizen: Civic participation in the life of innovation.
• New political communication and technologies of civic education.
• Human rights: International experience and the realities of Russia.
• Public’s position on the institution of the institution of elections.
• Effective modern mechanisms of electoral participation among young people.
• Creation of manuals on civil knowledge for problem groups.
The conference brought together over 150 participants, mostly residents of Tomsk and the surrounding area, but also visitors from other Russian cities such as Moscow, St. Petersburg, Krasnoyarsk, and Ulan-Ude, as well from countries around the world, including Germany, Mongolia, China, Kazakhstan, Belarus, and Kyrgyzstan.
In all, the various activists including GOLOS Tomsk prepared twelve reports, which spanned various topics and were presented at the round table “Civil choice.”
One of the most active participants during the conference was Galina Ivanova, Inter-regional coordinator of GOLOS in Siberia. Ivanova spoke on the topic of civic education and civil choices, and included an example such as the “school of the future voter.”
All of the reports will be published in the proceedings of the conference.
The second day of the conference was dedicated to the 20th anniversary of the beginning of free civic education in Russia.
The celebration was held at the Palace of Children and Youth in Tomsk. Participants at the meeting were leaders of Tomsk Region and the city proper, faculty of the university, alumni, and members of the foundations for civic and political education. The concert performance was in memory of all the alumni of the Foundation over the years.
Coordinator of GOLOS Tomsk Elena Sidorenko also congratulated the Foundation and its leaders A.I. Shcherbinina and V.G. Inisheva GOLOS’ Tomsk branch has been working with the Foundation since 2003.
Together, they have held discussions and debated youth politics with mayoral candidates in 2004, which included topics such as PR technologies in elections. They also monitored elections in Ukraine, and now, with the latest elections coming, they are pushing for the development of new ideas in civic and electoral education for young people, specifically, responsible opinions.
GOLOS Tomsk is ready for new joint projects and cooperation with all its partners! In October, activists from the Tomsk branch are planning to conduct opinion polls on “Youth and Elections” among students of Tomsk’s universities. We invite all interested parties. 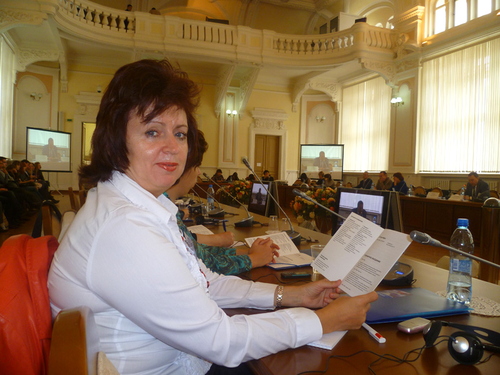 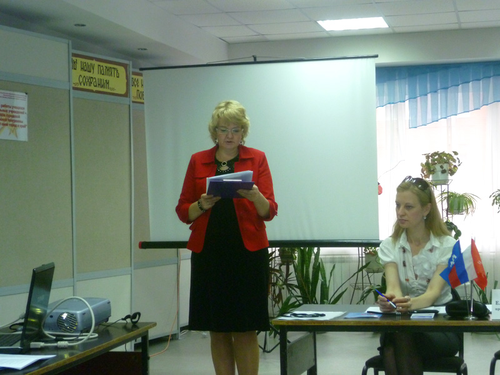 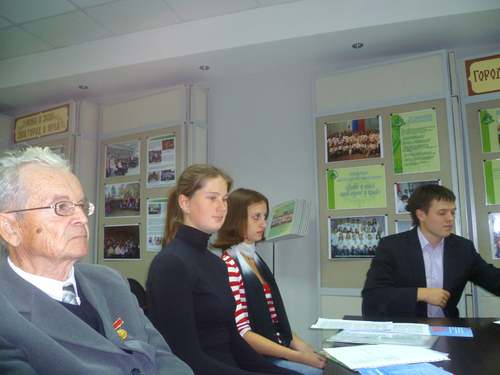