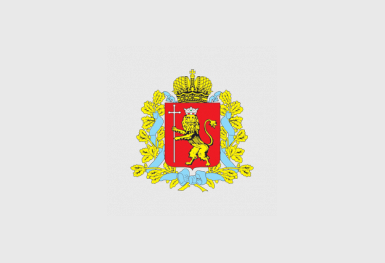 United Russia, which signed the agreement “For Fair Elections” failed to collect a complete set of signatures from candidates of parties in the Vladimir region. For various reasons, only three of seven necessary signatures from representatives of electoral associations were present.

On September 29th, a roundtable was held at the conference hall of regional trade unions where regional officials and representatives of the local branches of political parties met. The day before, all the headquarters of the opposition parties sent letters of agreement to a proposition which United Russia had made. The document stated that there was a need to respect the Constitution, laws, regulations, and respect all other participants in the electoral process. It also stated the need for eliminating the use of illegal acts, technology, disseminating false information about other candidates and parties, and the use of other techniques and methods designed to destabilize the sociopolitical situation in the region, and etc.
At the signing ceremony, Sergei Borodin, the secretary of the regional political council of United Russia, justified the need for a “campaign in a fair, competitive environment.”
The head of the local branch of the Patriots of Russia, Igor Shubnikov, was happy that United Russia had made the proposal. According to him, earlier, United Russia would have ignored similar discussions by GOLOS. “After the signing, we have a tool to influence political parties so that we can return them to normal.”, said Igor Pavlovich. Dmitry Kushpita, a member of Yabloko, criticized the text as he read through it, calling it “crude.” He appealed to United Russia that they should first apologize to voters and parties for the last municipal election. “Only then can we discuss something” he added. He also noted that regional TV programs are already covering only the ruling party with a positive angle, and it appears that on TV there is a “Zaitseva peredacha” and critics and the opposition are praising United Russia. In Kushpita’s opinion, this leaves no doubt as to UR’s tampering with the media, and that by signing the decree “For Fair Elections” they advocate a very different set of values. The new curator of the Liberal Democratic Party, Vitalii Zolochevskii was absent from the meeting. His spokesman who was present at the meeting however was not allowed to sign the document. Representatives from Fair Russia were not present either, refusing to participate on the grounds of “reasons of cleanliness”. A press release has been circulated under the same name. “We refused to be in the company of political power, which only half a year ago staged an orgy with the darkest election technologies.” Fair Russia stated in their press release, which was signed by the Secretary of the Regional Council Andrei Marinina. Fair Russia also required an apology, and blamed those who took part in the scandals.
Alexander Sinyagin, The First Secretary of the Communist Party Regional Committee postponed the signing, explaining that he must consult with his colleagues. He recalled that before the regional elections of deputies to the Duma in 2009, they had signed a similar agreement, but United Russia did not fulfill its commitments to itself or other members of committee of “For Fair Elections” and did not enforce the rules on its own members and candidates. The communists accumulated many complaints for United Russia during the last campaign. He also mentioned Fair Russia and also the Patriots of Russia, who had published papers criticizing the opposition. “Igor Pavlovich (Shubnikov) denied any involvement in the incidents, but we found someone who was involved in this” Sinyagin stated.
In principle, Sinyagin should have been willing to sign the document, since he had earlier stated the document should be signed by all parties and publicly published. “We have no other mechanisms”, he concluded.
Borodin responded to the criticism suggesting all complaints should be addressed to the courts. By the end of the event, the document had three signatures: Filippova, Shubnikov, and Borodin.
P.S. First Secretary Sinyagin did not delay in signing the agreement “For Fair Elections” which was organized by United Russia on September 29th. After the ceremony, which was dubbed by UR as being “stately”, the Vladimir Communists gathered and consulted the secretary and his colleagues. They gave him their blessings and he signed the document about 17 hours after the ceremony.
Recall that during the 2009 election of deputies to the Regional Duma, the same document was signed by the committee “For Fair Elections”, which consisted of all the political parties and a number of public organizations, including GOLOS. Soon thereafter, United Russia was relieved of its position in the committee and publicly expelled for violating the agreement.
Lyudmila Eshanyu.