How Amusing Election Season Is 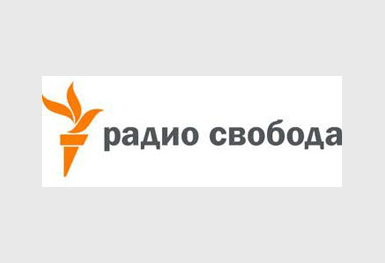 “The opposition has agreed on the mobilizing in the streets”, said the coordinator of the Left Front, Sergei Udaltsov.

By opposition, he refers to those outside the “system”, such as Left Front, “Mouth Front”, and other unregistered parties: Other Russia, PARNAS, Will, Homeland: Common Sense, Solidarity Movement, Working Russia, and other organizations. They will be holding protests in the central squares of Russian cities to protest “against illegal, bogus elections.”
The authorities will likely not agree with these activities. The authorities respond to such high-profile protests rapidly.
Few people however will see the protests in the media, most Russian television channels refuse to show content that displeases the Kremlin, especially if it can discredit the election. Current opinion polls show 48–54% of Russian voters do not believe in the legitimacy of opposition parties, and nearly a quarter believe the polls are blatantly rigged by local and regional election commissions.
Of course, “dirty elections” are not only a single day of fraudulent activities. Corruption begins much earlier in the form of suspending unwanted parties from running, unbalanced criticism of the opposition, blocking pre-election party campaign advertisements, bribing voters, and direct pressure on them via administrative resources. Resisting this in Russia today is practically impossible. There is however a mechanism to suppress the electoral commissions’ machine that exists. It is called “public control over elections.”
Election experts say well organized surveillance at polling stations allows for the elimination of the manipulation of ballots –And is interestingly enough what is prescribed by GOLOS’ short-term election observation manual.
This mundane kind of struggle however doesn’t appear as exciting as a “general street mobilization.”
Even worse, it will appear as if they are not fighting at all, but rather be just boring rambling. If they want to truly resist, for starters, each of these potential fighters should have to read hundreds of pages of text and memorize the Constitution and electoral laws, rather than spend their December 4th first in the city squares (and then in jail.)
Ironically, even if they chose to take the path of monitoring polling booths instead of protesting in the streets, they would be rejected. Under the current law, only members of parties participating in the election can be official observers.
To make the situation even graver, there are nearly one hundred thousand polling stations in Russia, and at least three to five observers should be present at each site, or roughly 300–500 thousand observers. To put that in perspective, the OSCE is only able to send 200 observers this election.