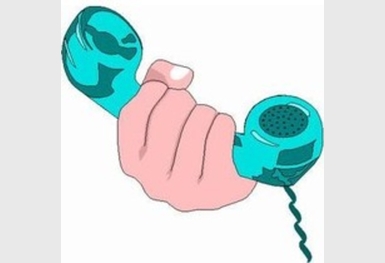 In early October in Rostov-on-Don, rumors began to spread about mysterious social surveys by phone calls.

The callers asked the Rostovites to answer a few questions about political topics.

“If the election were today, which party would you vote for?”
The survey would then follow one of two paths, depending on the political orientation of the respondent.

If the responder replied that he or she is a supporter of United Russia, the interviewer would politely inform them that Vladimir Putin has become a presidential candidate, and inform them about other candidates in the primaries.

If the respondent was not a supporter, the focus of the survey would change entirely.

“Did you know that Rostov Communists voted against increasing social services by two million rubles? “

“Did you know the Communists in the Duma and Just Russia voted against increasing the salaries of teachers?”

“And did you know that the opposition parties sell their places in the Duma?”

“After such actions by the Communists and Just Russia, do you want to vote for the opposition?”

Experts at GOLOS believe this is case in Rostov is technology shaping the form of the survey. The purpose of the event is not about finding the orientation of public opinion, but instead forming a favorable initiator.
There were a considerable number of responses to the incident. A number of regional media responded quickly to the story. The information blog 161.ru conducted its own investigation.

Official comments were given on the issue by leaders of political parties and the head of the Rostov Regional Election Commission, Sergei Yusov. The latter said “This is not the least provocation. The larger struggle is for the voice of the voters, than the problem of costs. The voter must understand that a man who loves his homeland will not use such methods. Be alert, listen and think, read and think, watch and think. Provocateurs try and upset your mind."