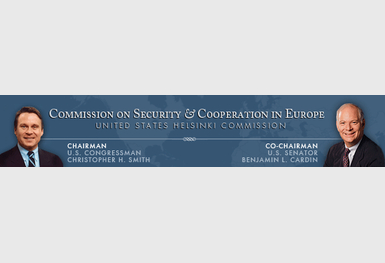 “One of the many things we find compelling about Russia is the patriotism and bravery exemplified by so many of its citizens. To that end, we salute Grigory Melkonyants and his team of committed experts at Golos who appear to be the target of a politically motivated attack because of their dedication to objectively reporting on the political situation in their country.

The data Golos publishes comes from Russian observers, and citizens everywhere have a right to report concerns about their electoral processes. We stand in total solidarity with those Russians who ask only that their basic rights be observed and protected. The campaign against Golos provides additional reason for doubt about the legitimacy of the parliamentary election that will take place in Russia on Sunday and the broader state of democracy there.”

The Commission on Security and Cooperation in Europe, also known as the U.S. Helsinki Commission, is an independent agency of the Federal Government charged with monitoring compliance with the Helsinki Accords and advancing comprehensive security through promotion of human rights, democracy, and economic, environmental and military cooperation in 56 countries. The Commission consists of nine members from the U.S. Senate, nine from the House of Representatives, and one member each from the Departments of State, Defense, and Commerce.