Credibility concerns mount as Russians prepare to elect their president 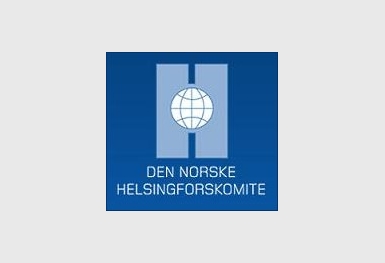 The credibility of the upcoming presidential elections in Russia, already marred by the claims of widespread violations in parliamentary polls in December last year, is waning after Central Elections Commission’s refusal to register the liberal opposition leader, Grigory Yavlinsky for the presidential race. At the same time, the renewed pressure against the respected election monitor organization and NHC partner Golos is disquieting, says the Secretary General, Bjørn Engesland.

On Tuesday 24 January, Central Election Commission officials announced that the head of Russia’s main liberal party Yabloko, Grigory Yavlinsky, is barred from running against Vladimir Putin in a presidential election, and that the decision was final. 23% of the verified signatures, out of a total of 2 million signatures in Yavlinsky’s support, contained errors or were invalid. The number of invalid signatures by far exceeds the maximum 5%, according to the Central Elections Commission Secretary Nikolai Konkin. The main claim was the use of Xerox-copies for the registration sheets.

Formally, the decision can only come into force after the Central Election Commission meeting on Friday.

According to the regulations, the independent candidates have each to collect 2 million signatures, in order to be registered, while the candidates from parties in parliament do not have to meet this requirement. Irkutsk’s governor, Dmitry Mezentsev, is also expected to be disqualified for the same reason as Yavlinsky. Only the billionaire Mikhail Prokhorov is likely to be admitted to run for presidency. The news about registration denial for Yabloko’s leader caused controversy in public opinion and among other candidates; many see it as a political decision. Yavlinsky and his party allies insist the copies for the registration blanks where used due to the lack of the original documents, while all the signatures were authentic.

- Narrowing down the number of candidates reduces the possibility for the Russians to choose from a wider political specter. Two million signatures, necessary for the independent candidates, had to be collected in over 50 regions in only four weeks, two of which were Christmas holidays. This is a very limited time period, and a very large number, says Engesland, and it compromises the principle of pluralism and fair elections.

In his last address to the Federal Assembly in December 2011, President Dmitry Medvedev unexpectedly called for reforms of the Russian political system, including lowering of the signatures threshold from 2 million to 300 000 for independent candidates, and down to 100 000 for the candidates nominated by parties that are not represented in the parliament. This would be a welcome improvement; unfortunately the amendment cannot come into force for these elections.

Four candidates are now expected to be able to compete with Vladimir Putin: Sergei Mironov, Gennady Zyuganov, Vladimir Zhirinovsky and Mikhail Prokhorov. Removing Yavlinsky and Mezentsev from the race can contribute to Putin’s chances of avoiding the run-off and winning the election in the first round.

The Non-governmental organization Golos and a partner of NHC, has been the most active domestic election observers in Russia for more than ten years, have also felt the impact of the presidential race. In the second week of January Golos received an unexpected and unlawful eviction notification, even though their contract for their Moscow office does not expire until August 2012. Yesterday, on January 24, as they refused to accept the eviction, they have received another notification, informing Golos that the electricity in their building was going to be shut down due to planned repairs. The repairs would take effect immediately and last until March 6, — just two days after the election, the letter said. Last December Golos was subjected pressure from the authorities. This time it is not as explicitly political, but just as effective. Sudden eviction hampers severely their activities and puts the organizing of the monitoring process in jeopardy, since GOLOS now has no office to operate in and spends valuable time searching for alternative option.

Pressure from authorities also continues in the regions, where Golos has already been refused registration on several polling stations. The now usual checking of their newspaper “Grazhdansky Golos”, “Citizen’s Voice” by the authorities also add to the growing concern. Golos expects March elections to be just as challenging and unpredictable as Duma elections in December last year, in terms of what kind of attacks or legal prosecution the authorities may bring forth.

– The opportunity of non-state actors to monitor elections is an important component in a democratic society- says Engesland. Golos’ work is central in providing Russian citizens with objective information about the election process during the presidential race and also on the day of the election, and we hope it can be resumed shortly, notwithstanding the present difficulties with the Moscow office.

The Norwegian Helsinki Committee plans to travel to Russia to follow developments during the election days.

On February 15, Norwegian Helsinki Committee will host a seminar at Litteraturhuset in Oslo dedicated to developments in Russia on the eve of the presidential elections. The invited guests, Carnegie Foundation expert Nikolay Petrov and the director of the election monitoring organization Golos, Liliya Shibanova will present their analysis and lay out of the political forces, key election figures and main issues, as well as share experience in Russian election monitoring processes. Information about the seminar will be posted on our web-site www.nhc.no.