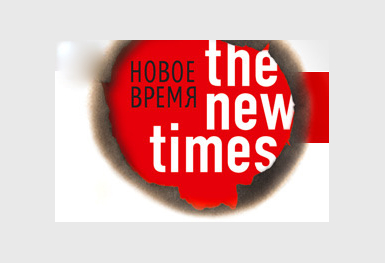 Love under duress. In late January, the ruling party and state often criticized the release by GOLOS of an interactive “Map of Electoral Violations,” which allows citizens to report electoral violations during the presidential campaign. The New Times has recently joined as an informational partner of the project.

During the parliamentary campaign of 2011, the Map of Electoral Violations documented approximately 8,000 reports of all sorts of violations of the rights of voters. The presidential campaign has only just begun, but the complaints have already started to come in. For example, people have reported having been forced to attend a rally in support of Vladimir Putin. At the time of the parliamentary campaign, forced rally attendance was still perceived as something normal, such as snow in wintertime.

According to the statistics, at this time the most widespread form of electoral violation is the pressure placed by company management on employees to apply in advance for absentee ballots. So far, there have been 80 such complaints. Second place goes to the use of administrative resources by state officials. There have been 50 such complaints so far. The five most commonly complained-about regions are: Moscow, St. Petersburg, Moscow Oblast, Bryansk, and Sverdlovsk. In total, complaints have come in from approximately 40 cities and oblasts.

Muscovites have most commonly complained about the “forced participation in a rally for Putin,” which was held on 4 February 2012 at Poklonnaya Hill at the same time as a march staged by “angry citizens” and the opposition. Many of the complaining employees were from budgetary organizations, such as: Mosgaz, Mosvodostok, Mosvodokanal, Pochta Rossii, and others. Here is a typical example: “I work in the State Unitary Enterprise, Moskovodostok, which is part of Moscow’s Department of Housing and Public Works. All employees are required to attend a rally on 4 February 2012 in support of Putin to be held on Poklonnaya Hill. The boss has told us that anyone who does not go will be deprived of a bonus.”

The New Times spoken with representatives of all of these institutions and has confirmed this information. For example, an employee of Moskovodostok, on the condition of anonymity, said that the company’s management was required to bring about one third of the rally’s attendees—about 1,000 people. According to our interlocutor, he was required by company management to arrive in time for the rally on Saturday, and was paid as if he had gone to work on that Saturday.

Next, on the bus to Poklonnaya Hill: employees were offered double their normal daily pay for attendance of the rally. Those who came without papers were given a day off. They were told that thanks to Putin’s job, they could relax. Another source from Moskovodokanal shared with the New Times that, "We have preparations for the elections in full swing. The leadership was tasked with ensuring that 4,000 of our 12,500 employees must participate in carousel voting. He said that the technology will be new, not like that used in December’s parliamentary elections.

Compared to the parliamentary campaign, there have not yet been very many complaints out of St. Petersburg. And the complaints that have emerged mostly relate to schools. “School District number 21 of the Vasileostrovsky region: school director Oksana Tantyana Ostapchenkko compels teachers to seek absentee ballots and vote on any of 31 school sites for Vladimir Putin. She strongly threatened teachers with fines and dismissal,” one of the map’s authors wrote. Director Tatiana Ostapchenko never spoke to the New Times. She was purportedly always busy.

As it turns out, this was not the only school district in Vasileostrovsky region where teachers were compelled to seek absentee ballots. On 17 January 2012, all school directors in the area received emails with relevant instructions from the Natalya Krasnov, Deputy Head of the district administration’s Department of Education. “On 26 January 2012, I talked about it with the vice-governor of St. Petersburg, Vasily Kichedzhi,” says Nina Petlyanova, a correspondent with Novaya Gazeta, “he confirmed that Krasnov gave these instructions on his own initiative.” The next day, the administration began checking. But so far there were no results. At any rate, the schools gave the all clear: directors were asked to come to the Department of Education, and they all turned in absentee ballots." But according to Petlyanov, this lawlessness was prevented only by the fact that journalists were on hand to document the situation. For instance, Nevsky district schools were ordered to account for absentee ballots orally.

In Bryansk region, local journalists told the New Times that Governor Nikolai Denin had a long established falsification mechanism. During the parliamentary elections, United Russia received 50.1% of the vote in Bryansk region. To esure that the local population voted correctly, they began the campaign without waiting for the legal start date for active campaigning. In addition to reports of compelled rallying, there were a lot of complaints that even private sector employees were forced to seek absentee ballots. They will vote early and under watchful eyes at sites organized by various businesses.

“Absentee ballots—they’re with us everywhere. We queue in lines of 50–6- people, and we’re there for two or three hours,” says Dmitry Shcheglov, editor of news agency Bryanskovo Portala (www.province.ru). We received a large number of calls from public utilities companies and a kindergarten. With regard to private industries, we have received calls from METR pharmacies, which is headed by prominent United Russia figure Oleg Rozanov; and from employees of King Meat, a major agricultural-industrial organization owned by United Russia’s Biygishiyu Badyrhanovu. The same goes for the candy factory, “Korvi.” We have not received substantial commentary from any of these business owners.

Sochi: The website Karti features a message sent companies to seek absentee ballots. Documents demonstrating the company’s efforts to see specific numbers of employees were scanned and attached. The document was signed by Yuri Chesnokov, the regional head of recreation and tourism. The administrative district refused to comment on the situation. However, head of Sochi’s Center of Public Control of the Elections Valery Suchkov told the New Times that Chesnokov’s first deputy mayor, Viktor Filonov, had already handed over a copy of the letter. “He told me that he is very indignant as a result. He promised to launch an investigation. I wrote a letter to the electoral commission several days ago, but have not yet received a response. On Monday I will make a statement to the prosecutor on the inaction of my complaint.”