Electoral rights: video is not for everyone 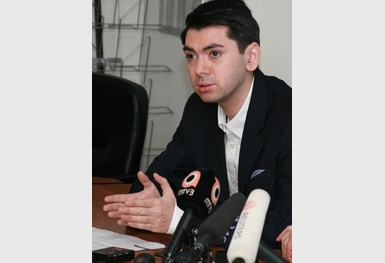 On 15 December 2011, during “Direct Line,” Vladimir Putin proposed the installation of web cameras in polling stations. Within two weeks, by 30 December, the prime minister had already prepared instructions, according to which 13 billion rubles had been allocated for the installation of cameras. The Ministry of Communications and Mass Media (MCMM), Rostelecom, and other contractors began implementation of the project and—it needs to be said—managed the broadcast on 4 March fairly well, expanding the control center chambers at Red October. But the officials would not be Russian officials if they and this project had not once again complicated our lives.

For observers, the principle value was less in the easy access to the online broadcast, and more in that of their video archives. The fact is, on Election Day hundreds of thousands of eyes are not simultaneously tracking the footage of more than 180,000 web cameras. After Election Day, observers planned to monitor voter turnout and track polling stations from which signals of violations and etcetera had been received. The organizers of the broadcasts stated that access to the archives would be automated and reduced to a formal request-response basis. It was immediately understood that there would be a catch, and while I had repeatedly made this claim, I did not think it would take such a perverse form.

The procedure for gaining access to the video footage is regulated by a Central Election Commission (CEC or Commission) resolution issued on 29 February, wherein the Commission recommended that the MCMM develop regulations for access to the footage by 1 March. So far, no such regulations have been published.

A peculiarity of access to the video archives lies in the fact that that they are not dealt with by the CEC, but by the MCMM; the whole server and storage system of archived videos, along with the equipment and infrastructure are located in the ministry. But in my view, the CEC now influences the MCMM in complicating the process of gaining access to the video footage. The attitude of the MCMM generally and of Deputy Minister Illiya Massukh personally on access to the archives had been fairly democratic. On Election Day, in contrast to the original directive whereby users would be able to watch online broadcasts only of those polling stations that they had bookmarked by 3 March, citizens were able to freely watch broadcasts of all polling stations. I believe that the MCMM and programmers did this intentionally, for which they have received many thanks.

Now, to obtain a link to video footage from polling stations of interest, one can either send a written inquiry to the MCMM, or issue a statement on the Government Services website.

Access to the service has switched off periodically. After one such incident on 19 March, two negative changes to the conditions of service provision surfaced without any explanations or links to the regulations.

First, the response time to electronic applications was increased from three to 30 days. However, the practice is highly paradoxical. For example, I received a hyperlink in response to an application I submitted within a few hours. But on social networks, some users reported that they had been waiting for an answer for nearly a week already. In Chelyabinsk, a court reviewing an administrative case issued a written request for video footage from PEC # 541, but was ultimately forced to go on without it.

Second, rather that being able to obtain access to all video footage from a given PEC, one can only gain access to a single 30-minute segment. It is highly telling that while it was initially possible to select several time intervals, since this “modernization” it is only permissible to select one. The question is, what are they afraid of? For example, as an experiment I ordered footage from PEC # 3182 in Mitino, a mysterious PEC where 1,315 presidential ballots were declared invalid. At the same time, the municipal ballots declared invalid in the polling station totaled only 15%. I racked my brain trying to figure out which 30-minute segment to order in order to grasp what happened. I ordered the stretch between 20:30 and 21:00. After receiving the link I began to study the segment. Since two web cameras had been installed in the PEC, access to the footage from both should have been provided at once. For some reason, the “Camera” button for PEC # 3182 links to images of the table of commissioners:

And the “Commission” button links to a file that is temporarily unavailable:

From this thirty-minute segment, which was recorded by a single camera that was not directed at the vote count, I did not uncover the mystery of PEC # 3182.

The restrictions on access to information—which cost 13 billion taxpayer rubles—does not end there.

Video footage can only be obtained from 8:00 on 4 March. That is, the early-morning preparations, openings, and instances of the refusal of observers’ rights of entry to polling stations cannot be viewed.

Applications must indicate the reason for which one seeks video footage.

Technical access threatens to lead to a series of refusals under various pretexts. For example, it is known that Aleksander Sapozhnikov of St. Petersburg received baseless refusals to his requests for information on PECs # 1020 and 1021.

However, P. 3.4 of the aforementioned CEC instructions indicates that in cases where the MCMM fails to comply with a request, it should provide a notification to the requesting party stating the discrepancy. Aleksander, by the way, had intended to use the video footage in order to prove protocol falsification.

At the end of the application, it is necessary to check off on a disclaimer stating, “I confirm that I will only use this video footage for personal viewing. I agree not to transfer the obtained video footage for third parties, not to edit the footage, and not to use it for illicit purposes.” The phrases, “only for personal viewing” and, “(cannot be transferred) to third parties” are surprising. It is well known that courts and prosecutors are not required to request web-broadcast footage; therefore, it would be logical to allow citizens themselves to provide video footage, in order to provide more persuasive statements.

As a result, three proposals were born.

First, it must be required that the web-broadcast system operates in all subsequent regional and local elections. This multi-billion-ruble system must continue to document elections in Russia, and must not go down in history as the whim of one man for one election.

Second, it is imperative that the durational restrictions on requested video footage, as well as restrictions on the subsequent use of requested footage be lifted. Access should be opened to the archives, including the election results and the State Automated System, “Elections.” Above all, this is required by the federal law “On information, information technology, and the protection of information.” P. 4, A. 8 establishes that access cannot be restricted to “the accumulation of information… state, municipal, and other information systems, created or established to provide citizens (natural persons) and organizations with this information.” The website www.webvybory2012.ru was created specifically to provide access to information about voting and thus is implicated by this law. Information collected therein includes not only web broadcasts, but video archives as well. I am certain that this will be at issue in the next round of legal proceedings for violations of this information legislation.

Third, fueled by numerous requests viewers propose that the MCMM arrange a repeat broadcast of the footage from all polling stations on the website www.webvybory2012.ru on an upcoming Sunday.