GOLOS: Political hunger strike as a consequence of unfair elections 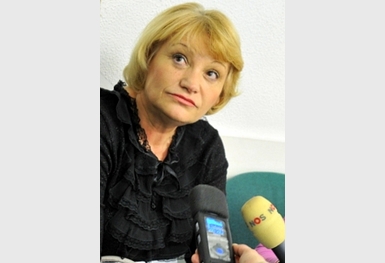 The Astrakhan hunger strike has persevered since 16 March. The purpose of the action is to draw attention to acts of fraud involved in the 4 March municipal elections. Former mayoral candidate and trade union leader Oleg Shein is among the participants. The impetus for the hunger strike is a desire to protest cases of impropriety in the Oblast Electoral Commission, where activists tried to submit video evidence of numerous electoral violations

Lilia Shibanova, Executive Director of GOLOS Association for the Protection of Voters’ Rights, visited Astrakhan and met with the hunger strike participants. GOLOS carries on the Astrakhan theme, which began with, “Public Tribunal: the obvious and unbelievable 4 December elections.” As early as January, Memorial journalists and public figures were provided with evidence of egregious violations during the parliamentary elections. Astrakhan was featured as a perfect example of such issues. Violations of the 4 March elections have since been added to the tribunal’s materials. A film about the Astrakhan elections and the ensuing protest is currently being finalized.

In the words of Lilia Shibanova: “A hunger strike is really a last resort. The participants are courageous people. There is a great deal of anxiety for them because the situation is not being resolved quickly, and thus participants are at risk of developing health problems. We very sincerely hope that none of them will suffer. We support the demands of the hunger strike participants. The massive electoral fraud and the ensuing hunger strike received an enormous public outcry. But no measures have yet been adopted. We are prepared to continue to raise public awareness of all known evidence of violations, to draw public attention to these events, and to advocate for responses by the authorities and the courts.”

Updated details of the hunger strike can be found on Oleg Shein’s blog..