Political Reform, of Partization of the Country as a Whole 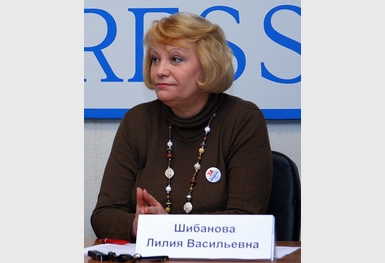 The political reform proposed by President Dmitry Medvedev and practically adopted by the State Duma has once again distracted our country from resolving major political issues in order to return Russia to the path toward civilized European democracy.

While the minimum number of members required to form a party has been reduced to 500, the federal standards that require parties to have regional offices in half of the subjects of the Russian Federation have been retained. This ultimately gives rise to the formation of parties under brilliant regional leadership, with practically non-existent sham branches in the other Russian subjects. At the same time, the electoral system will not allow newly created parties to overcome the barriers that block the path to a genuine distribution of mandates.

The leitmotif of the proposed reforms is a partization of the country’s political life in its entirety.

This comes at a time when less than 5% of citizens are party members and when parties hold one of the lowest positions in popularity rankings among voters. The primary emphasis is on the development of federal parties, the centralized structure of which encourages an absence of internal democracy and a detachment from regional and local territorial issues…

The country is in urgent need of the formation of a new class of politicians by way of: individual participation in elections, the creation of regional parties, the development of public movements, and participation in regional and local elections. These steps could lead gradually and naturally to the expansion of federally significant parties.

Absurdly, the reforms create a multi-party system not for the sake of establishing political alternatives, but for the sake of dissociating many political actors. The model proposed for the State Duma elections further complicates matters for small parties by imposing on citizens the necessity of membership to a federal party as the only means by which to participate in national political life.

There are no ideological problems on the regional and local levels. There, however, are social problems, bureaucratic problems, elementary corruption, etc. Solutions to these problems will require the active involvement and monitoring of the deputies, who will remain directly interested in maintaining the support of the voters.

Elections based on party lists serve as a denial of the rights of citizens not only to influence the composition of the body of deputies, but also to monitor their activities. A deputy on the party list is entirely independent of the voters. His career prospects depend solely on the internal party bureaucracy. And in terms of filling these lists, the parties tend to deal in so-called political expediency. In the name of this political expediency, deputies are generally denied the option of individual expressions of their positions on a given issue.

In the long run, the transformation of parties in the “electoral machines” and the organizations serve only to maintain their leaders. And the participation of citizens in political life is reduced to mere participation in referenda for a given political leader.

Today’s civic activism demonstrates our nation’s need to change the political elite, include new political leaders in the process of making decisions that will have a public impact, and establish new electoral mechanisms. All of this is primarily possible by way of elections in single-mandate constituencies.

The parties’ ideological struggles at the federal level must give way to constructive proposals on socially and economically meaningful domestic issues. Such proposals can only come from members with intimate knowledge of the problems faced by residents in their representative territories. The ideologically charged party deputies and the single-mandate system combine to create a balance that fosters a focus on critical development issues. It is necessary that we find a way to address these issues without perpetuating an “us vs. them” dynamic.

It is well known that the basic framework of our country’s political system is defined by way of the party and election legislation. However, the proposed reforms had no impact on the main problems: the problems with free and fair elections.

The reforms do not mitigate the excessive electoral use of administrative resources, curb political collusions aimed at dividing electoral districts, or address the absence of meaningful public monitoring.

The basic requirements dictated by the discontent of our nation’s citizens in the aftermath of the federal campaign were not even discussed in the political reform proposals. Such demands included a change in the principles and structures of the formation of electoral commissions, the removal of administrative pressure, and a restoration of public electoral monitoring.

At the same time, the absence of electoral reform has created a major obstacle in the path toward reforming our political system.

Due to the fact that they are a necessary instrumentality in securing power, elections have become a major part of today’s agenda. And today in our country there is no alternative to GOLOS’ Electoral Code. The Code, developed by an extensive network of experts, is capable of resolving the complex problems with political competition, the struggle with administrative resources, and a restoration of public electoral monitoring.

The Electoral Code, which has already been introduced in the Duma, resolves practically all of the numerous issues that Russia faces in its path toward a normal electoral system.

Much of this has to do with the creation of independent electoral commissions, which are now a cornerstone in the struggle toward free and fair elections.

The Code proposes the formation of electoral commissions based on party representation, to the exclusion of any member of the executive branch. Developed two years ago, the Code nonetheless provided for the possibility of a multi-party system. That is, two-thirds of each election commission will be composed of party representatives, and not exclusively of those parties that are represented in the Duma.

The Code restores the constitutional right to nominate half of the State Duma deputies in single-member districts, prohibits the administration of a purely proportional system, and mandates the use of open party lists in local elections in where the proportional system is utilized.

Thus, the Code has resolved all of the most important issues, by restoring the constitutional rights of non-party candidates to be elected at all levels of elections, and to form a body of deputies that are directly linked to their electoral districts.

The code requires a reduction of the barrier for the passage of political party lists to 3%, which will allow for a minimal loss of votes.

The Code restores the “against all” column to the ballots, which will allow strengthen the voices of voters by allowing them to demonstrate their dissatisfaction with the lists as submitted by parties and candidates.

The Code provides for the maximum authority of local governments to choose their own electoral systems independently of regional parliaments. However, the laws are regulated insofar as independent candidates must be treated equally with political party candidates in terms of the rights of each to pursue parliamentary seats. Furthermore, public associations will be given the right to vote in local elections.

The Code provides maximum protection of the rights of political parties and independent candidates to participate in elections by simplifying the registration procedure and eliminating exclusionary barriers.

Only by way of strong, functionally significant representative bodies of federal, regional, and local authorities will voters truly gain the opportunity to influence political decisions, strategically resolve development issues, monitor the activities of the executive branch, and develop legislative and regulatory framework.