Web cameras in polling stations: the results of the experiment 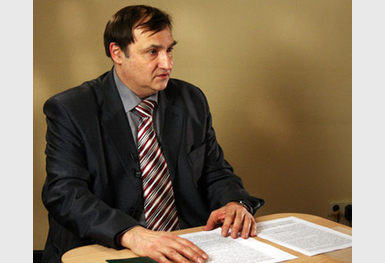 Vladimir Evgenievich Churov, who lives in a parallel reality containing the most honest and transparent elections, has apparently managed to spread some of his fanatical beliefs to our country’s prime minister and president-elect. In the wake of December’s fright, the prime minister effortlessly came up with 13 billion rubles from the state budget (supplemented, according to the Chairman of the Accounts Chamber, with another 12 billion rubles from the same pot) and ordered the installation of two to three web cameras in each polling station in order to record and broadcast all Election Day occurrences.

The decision was extraordinary and the result consisted of both good and unexpected consequences. Justifiably assuming that no one would stuff ballots or commit fraud under the gaze of a recording device, the organizers of the initiative did not take into account that these cameras might register widespread violations of the counting procedures. These organizers, along with the main electoral organizers, simply could not fathom that the counting procedural violations could be so ubiquitous, and that such is commonly ignored.

And so it was. We did see ballot stuffing in some cases. The fact is, the turnout of citizens who observed and recorded these films proved much higher than the administration had anticipated. In some cases, savvy observers combated the threat of illegal removal from the polling stations by standing within range of the web cameras, thus allowing viewers to fully experience the dynamics between the election commissions, police, and observers. Nevertheless, such incidents were not widespread, and the resulting complaints were brushed off with the apologists’ favorite justification: “isolated violations do not establish reason to believe that the will of the voters cannot be determined with certainty.”

This is not the case with violations of the counting procedures. On the one hand, these violations were widespread. On the other, they were not sufficient to prove active fraud. The courts always say the same thing: “Well, was that a procedural violation? The calculations were correct.” Among other things, the CEC said with regard to Astrakhan, “Having viewed the videos, we can conclude that despite the occurrence of violations of the voting and counting procedures mandated by federal law in a number of polling stations, the electoral commissions were able to determine with certainty the results of the will of the voters and to establish the results of voting at the polling stations, and they took advantage of this.”

The problem with procedural violations during the counting process lies in the fact that such violations can only be seen in video recordings, and in most parts of the country the broadcast was disconnected immediately after the end of voting. And procuring the video footage that does exist was not easy. In fact this procurement required a hunger strike, after 25 days of which recordings were produced.

Even if I have exaggerated slightly, the facts are obvious: it is virtually impossible for an ordinary citizen to obtain a complete record of what transpired at the polling stations after the end of voting. Requests need to be made to the Ministry of Communications, and the turnaround time for such requests is set at 30 days. These recordings can only be issued in 30-minute fragments, and requests can be denied without any explanation.

The fact that Shein’s hunger strike attracted Russia-wide mass media coverage allowed him to obtain such records. This resulted in the finding that procedural violations were practically universal. However, what we saw in Astrakhan’s polling stations was by no means exceptional. Such activities can be seen throughout the majority of Russia. This is coming from a man who visited more than 100 polling stations.

It is clear that the aforementioned procedure, established by the Ministry of Communications, is very much in the hands of the CEC. Otherwise, tens of thousands of claims would have been launched in connection with violations of the counting procedures.

Thus, Vladimir Vladimirovich’s generous budgetary gesture has proven ineffective in terms of its aim of increasing confidence in the elections. And given the complexity of gaining access to these videos, the effort has proven to be mere window dressing- such as was the case with the introduction of translucent ballot boxes. Further confirmation is found in the fact that the web cameras were removed after the presidential elections and have remained stored in warehouses ever since. The Ministries of Education and Communication promised to submit proposals on the use of the web cameras to the president and prime minister by mid-April, but I fear that these proposals will have no bearing on these elections. At least in Yaroslavl and in other cities and towns where elections have been held since 4 March, the cameras were no longer being utilized.

Perhaps this experiment has turned out to be unsuccessful, dangerous, and extremist. Instead of increasing confidence in the elections, perhaps they have ultimately decreased confidence in the authorities. If so, it is worth asking the aurhorities to return our 13 billion rubles.