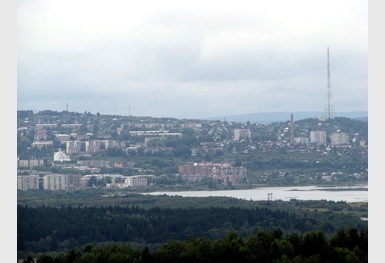 Elections for the city of Zlatoust in the Chelyabinsk oblast will be held on 20 May. Seven candidates will be running for the post of the head of the city. By some estimates, the electoral campaign has been held under the conditions of severe administrative pressure, and fraud on behalf of one of the candidates is expected.

A branch of GOLOS is operating in the city, and we will observe the elections. The GOLOS teams from Yekaterinsburg and Moscow will join the Chelyabinsk branch in order to ensure monitoring during the closing of all 80 polling stations.

Oblast media sources claim that it would be unprecedented for these elections to be fair, since already the campaign materials seek only to incriminate the other candidates.

GOLOS initiated a series of round-table discussions in order to familiarize voters with the candidates. The first such discussion was held on 23 April. There will be five in all.

Experts were divided over which of the three favored candidates will win: some believe that Vyacheslav Zhilin (acting head and United Russia nominee) will prevail; others, that Raisa Istonin is showing strong a strong growth in popularity (political strategists from Moscow have claimed that if they knew she would be seeking the position, United Russia never would have entered the race;) and still others hold for Alexander Zyryanov (Deputy Head of the Economic Sector, who is self-promoted and without party support,) who has led a judicial campaign for the removal of Zhilin. The only thing that is certain is that calling the leader of the race is impossible.

In addition to the GOLOS presence in polling stations, we will be organizing an informational headquarters and call center, and SMS-CEC will be operating, along with the Map of Electoral Violations.