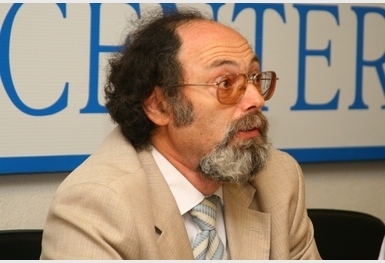 The legislation on gubernatorial elections passed on its second reading. And its concept has finally been made clear.

Several colleagues and I (Kynev, Golosov, etc.) have written more than once that the main cause for the return of the gubernatorial elections was the Kremlin’s understanding that presidential appointees that have failed to overcome the obstacle of the popular vote are unable to provide the desired result in federal elections. And so the task was established to pass all of the regional heads through the voting process. But the Kremlin has taken care to ensure that there will be no real competition.

The initial draft was intended to provide for a presidential filter. But the authors of the draft ultimately realized the flaws of this option. Faced with the conditions of the existence of hundreds of political parties, and the fact that Election Day for the governors would be common to one another, the president would have to “consult” with dozens of applicants at once. I haven’t even touched on the president’s moral responsibility to the applicant being “consulted.”

Under the current version, presidential consultations will be provided at the president’s own initiative, and their legal consequences have not been prescribed. In other words, the presidential filter essentially will not exist. But other, more powerful filters have been built to take its place.

First of all, self-promotion may or may not be prescribed by the law of the federal subject. Note that this situation is highly questionable under the Constitution, as it provides for the possibility of restrictions on the legal rights of the regions.

Second, the additional filter of voter signatures is provided for the self-nominated candidates, even if they are allowed to run under regional law. It is worth noting that the maximum number of signatures required has now been reduced for all elections to 0.5%, except for the gubernatorial elections, which provides a range from 0.5%-2%.
Third, for all candidates—both self-nominated and party candidates—a most severe filter has been established: that of the signatures of municipal deputies. According to preliminary estimates, almost all candidates of the Communist Party will have to sift through this filter. That is, in some regions all will, and in others this will not be the case. For the rest—except for the candidates of the party in power—this filter will be almost insurmountable.

We are thus anticipating elections without alternative candidates; that is, imitations of elections.