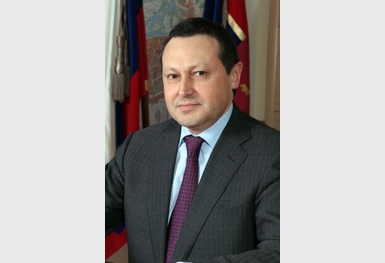 Despite speculation that the ruling party is losing favor, a United Russia candidate was re-elected mayor of Siberia’s third-largest city in a landslide victory untainted by accusations of voter fraud.

Edkham Akbulatov, 52, a career politician, got nearly 70 percent of the vote Sunday in Krasnoyarsk, an East Siberian industrial hub with a population of nearly 1 million.

It was United Russia’s first mayoral victory since opposition protests began sweeping the nation in December.

“Akbulatov was campaigning as a boring administrator, not a politician,” Vitaly Ivanov, a right-leaning political analyst, told the Actual Comments news site Monday. “While the opposition was trying to politicize the situation, he looked more trustworthy and serious.”

Akbulatov’s election is a letdown for the local opposition, which tried to rally behind Koropachinsky. He had won the primary election in June.

The idea to organize regional primaries was proposed by former presidential candidate Mikhail Prokhorov, who is registered as a taxpayer in Krasnoyarsk and has business interests there.

Prokhorov last week announced the formation of his new Civil Platform Party, which aims to bring grassroots activists to power.

Primaries are an important tool for the opposition to challenge the ruling elite in regions where United Russia has the majority.

On his LiveJournal blog Monday, Koropachinsky accused Akbulatov of using “administrative resources” to sway the vote.

But Olga Suvorova, a representative of the Golos election watchdog in Krasnoyarsk, told Izvestia that no violations that could have influenced the election were reported.

Vladimir Zhirinovsky’s Liberal Democratic Party, a tactical Kremlin ally, had withdrawn its candidate, Natalya Podolyak, for backing A Just Russia in the primaries.

The candidate representing the Communist Party, which has traditionally had a strong position in the region, received only 4 percent of the vote.

Akbulatov recently told The Moscow Times that he sees Krasnoyarsk’s future as a transportation and oil-production hub.

In March and April, opposition candidates for mayor in Tolyatti and Yaroslavl beat out United Russia-backed rivals.