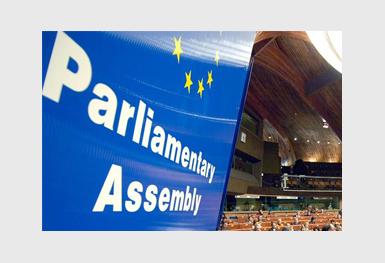 PACE delegation welcomes the intention of the Armenian authorities to organize and election fully in line with international standards, says the statement issued on Thursday.

The pre-electoral delegation headed by Karen Woldseth is on a visit to Armenia. In the statement the observers express concern over continuing substantial inaccuracies in the voter list, confusion about the right to vote for Armenians living abroad. The delegation was also disappointed to note the previous recommendations on urgently dealing with these issues have not been implemented.

The delegation also noted that, one month before the vote, the general public is lacking both interest and confidence in the electoral process. It is a matter of great concern, in particular, given that major political parties, which were strongly expected to present presidential candidates, chose not to do so because of their lack of trust in the conduct of the election

The decision has narrowed the voters’ choice, leading to a solution even more regrettable as the elections to come are already overshadowed by apathy and a lack if faith. The delegation emphasized the citizens’ trust must be restored as elections are essential for democratic development.

It also strongly hopes that issues already criticized in PACE’s report on the parliamentary elections of 6 May, 2012, in particular cases of intimidation of votes and extensive use of administrative resources have been dealt with in a way that ensures such practices will not be repeated. It also hopes that a level playing field will be granted to all candidates, inter alia, through balanced media coverage.

The delegation welcomes increased media freedom and hopes that registered candidates will engage in electoral campaigns based on concrete and that the public discussion will focus more on substance, so that the electorate can make an informed choice.

The delegation is aware of the legal improvements brought by the new Electoral Code adopted in 2011. It however insists that a fair and proper implementation of the Code is as important as the Code itself.