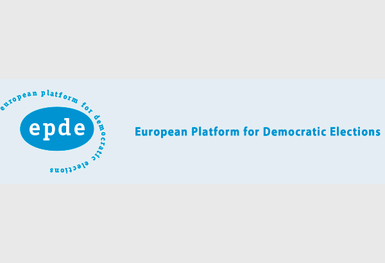 “This incident contributes to further raising our concern ahead of the scheduled 16 October 2013 Presidential elections in Azerbaijan”, Stefanie Schiffer, coordinator of the EPDE says in a statement today. – “Civic participation in the election process, including training of citizens, are necessary requisites in democratic elections, and this kind of intimidation is unacceptable”.

On February 12th 2013, the civil society activists Gunay Ismayilova and Javid Nabiyev, both representing Election Monitoring and Democracy Studies Center (EMDS) experienced police harassment and were detained while they were holding a training on citizen participation in public policy in Khachmaz region of Azerbaijan. The two now risk further investigation and criminal persecution.

Very recently legitimate protesters were arrested in Ismailly and in Baku. Ilgar Mammadov, a chairman of the opposition REAL Movement and potential presidential candidate as well as Tofig Yagublu, the deputy chairman of opposition Musavat Party were arrested and accused of calling the Ismailly residents to mass disorder.

EPDE demands an immediate end to the harassment of civil and political activists who stand for free and democratic elections in Azerbaijan, and calls on Azerbaijani authorities to guarantee freedom of association and freedom of assembly in the country.

A statement on behalf of EMDS can be found here.