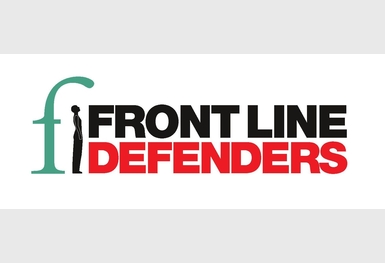 On 9 April 2013, the Ministry of Justice of the Russian Federation opened a case of administrative violation against the GOLOS Association for the defence of the rights of voters (Golos means “Voice” or “Vote” in Russian) and its executive director Ms Lilya Shibanova. GOLOS is a Russian non-profit organisation which was founded in 2000 for the protection of voters’ rights and the development of civil society.

On 9 April 2013, the Ministry of Justice stated on its official website that GOLOS receives foreign funding and participates in political activity, so the organisation should have registered as a ‘foreign agent’ and, by failing to do so, has infringed Article 19.34(1) ‘Violation of functionning of the non-profit organisation which performs the functions of foreign agent’ of the Code of Administrative Offences of the Russian Federation. On 10 April 2013, the Ministry of Justice will transmit the administrative case against GOLOS to the court. As GOLOS and its executive director have already made public their decision not to register as ‘foreign agent’ under any circumstances, the administrative conviction may be the first step to the closure of the organisation.

The Federal Law “On Introducing Changes to Certain Pieces of Legislation of the Russian Federation as Regards Regulation of Activities of Non-Commercial Organisations Performing the Functions of Foreign Agents”, which came into effect on 21 November 2011, requires that all the organisations that receive foreign funding and are engaged in political activity register as ‘foreign agents’. Since November 2012 when the law came into effect, GOLOS has not received any foreign funding. It would seem that the Ministry of Justice considered the Andrei Sakharov Freedom Award 2012 presented to GOLOS by the Norwegian Helsinki Committee as such. Moreover, the full amount of award, 7700 USD, was sent back immediately after arriving to the bank account of the organisation, as GOLOS deliberately decided not to receive any foreign income.

In its statement, the Ministry of Justice also gives the reason why it considers GOLOS to be involved in political activity. Since 2008, GOLOS has been advocating for fair and transparent elections by conducting both long- and short-term election monitoring, by informing citizens about electoral legislation, by managing hotlines for reports of electoral corruption, by holding public events promoting the draft Electoral Code and by publicly discussing important social issues. Because the purpose of GOLOS’ activities is to influence decisions taken by public authorities, according to Ministry of Justice it proves that GOLOS is engaged in ‘political activity’.

The abovementioned Federal Law was criticized in Russia and abroad, including by the United Nations High Commissioner for Human Rights and the Parliamentary Assembly of the Council of Europe, of which Russia is a member.

In March 2013, a wave of inspections of Russian NGOs started and was aimed at ‘exposing’ ‘foreign agents’. In most cases the inspections are carried out by a team of officials from the Office of the Attorney General, the Ministry of Justice, and tax officials.

Front Line Defenders believes that the Federal Law in question infringes the freedom of association in the Russian Federation and puts additional pressure on Russian NGOs undertaking their legitimate and peaceful human rights work. Front Line Defenders recalls that one of legitimate roles of human rights organisations consists in influencing the decision makers and changing public policies, and it cannot be considered as ‘political activity’.

Front Line Defenders considers that the judicial harassment against election watchdog GOLOS by the Ministry of Justice is linked to its legitimate work as election watchdog and violates both domestic legislation and the international commitments of the Russian Federation to ensure the freedom of association.

Front Line Defenders urges the authorities in the Russian Federation to:

2. Cease targeting all human rights defenders in the Russian Federation and guarantee in all circumstances that they are able to carry out, individually or in association with others, their legitimate human rights activities without fear of reprisals and free of all restrictions including judicial harassment.