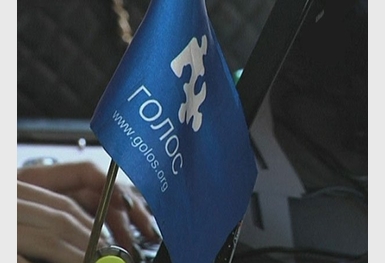 On June 26th, 2013 the team of Association of Non-government organizations “In defense of voter rights “GOLOS” learned from mass media about the alleged decision by the Ministry of justice to suspend the Association’s activity.

The harassment campaign against the Association “GOLOS” – the largest and oldest election monitoring organization in Russia – has been going on for several years. Aside from constant, but unsuccessful campaign in mass media aimed at discrediting the Association’s activity, we have undergone court prosecution. For example, on December 2nd 2012, Association “GOLOS” was fined for activity of the information resource “Map of Violations”, which gathered and published citizens’ accounts of violations that took place in election periods. Our opponents resorted also to criminal methods: DDoS attacks on Association sites, its employees’ telephones, making and publishing false statements in an attempt to compromise our work.

But persecution of the Association was taken to a new level after mass unrest caused by large-scale falsifications during the federal election campaign of 2011–2012. Thanks to the Association’s activity, millions of Russian citizens found out how these elections were really held, how their voter rights were violated, how the persons who violated electoral legislature went unpunished. The goal of the Association’s activity is defending citizens’ voter rights – came into strong contradiction with the goals of the persons who are interested in distorting expression of citizens’ will.

The stages of this special op can be clearly seen.

On March 15th, 2012, right after the presidential elections, the site http://podkontrol.ru was registered, which allegedly gathered signatures for passing a law, which later gained ill fame under the name “Agent law”. Falsification of signatures on this site was described at the time.

On 06.07.12, as soon as the counter of “signatures” from imaginary characters like “Bonifacy Ptiburdukov” reached 100 thousand, the State Duma passed the “Agent law” in the first reading.

The main idea of this law is the demand to non-government organizations to register as “foreign agents” if they receive foreign funding and perform “political activity”. The law was passed in such a rush that it contains a series of omissions, inaccuracies and obscurities: the procedure of leaving the list of “foreign agents” is not described; it contains references to unclear terms like “political activity”, “state policy”; billable receipt of material valuables also falls under this law; and a series of others. Besides that, the idea of discriminating NGOs by means of funding contradicts several provisions of the Russian law and its international obligations. Because of that, some organizations, including “GOLOS” filed a lawsuit in the European Court of Human Rights for violating their rights.

On 09.04.13 a representative of the Ministry of Justice Vagina T.V. compiled a protocol of administrative violation by the association “GOLOS” stipulated in the “agent law”. The Association was charged with receiving the monetary part of Sakharov Freedom award in the amount of 7728,40 Euro, awarded to it by the Norwegian Helsinki Committee.

On 15.05.13 the Minister of Justice Konovalov declared in the back rooms of the International legal forum: “in the future, we might be talking about liquidating the organization [Association “GOLOS”] in a legal procedure”:http://www.forbes.ru/news/239125-minyust-nameren-dobivatsya-likvidatsii-golosa. This declaration from a federal rank official made before the court decision came into effect and spread by federal mass media, once again emphasizes the paid-for political nature of this allegedly “judicial” process over “GOLOS”. In this respect we should mention that the Ministry of Justice took action in accordance with the “agent law” only against Association “GOLOS” and one of its members, an RCO. The Justice Ministry did not suspect “foreign agents” in any other NGOs.

On 14.06.13 a court hearing took place to appeal the aforementioned court decision. The defense even demonstrated a letter from Sberbank – the bank where the Association has its accounts. 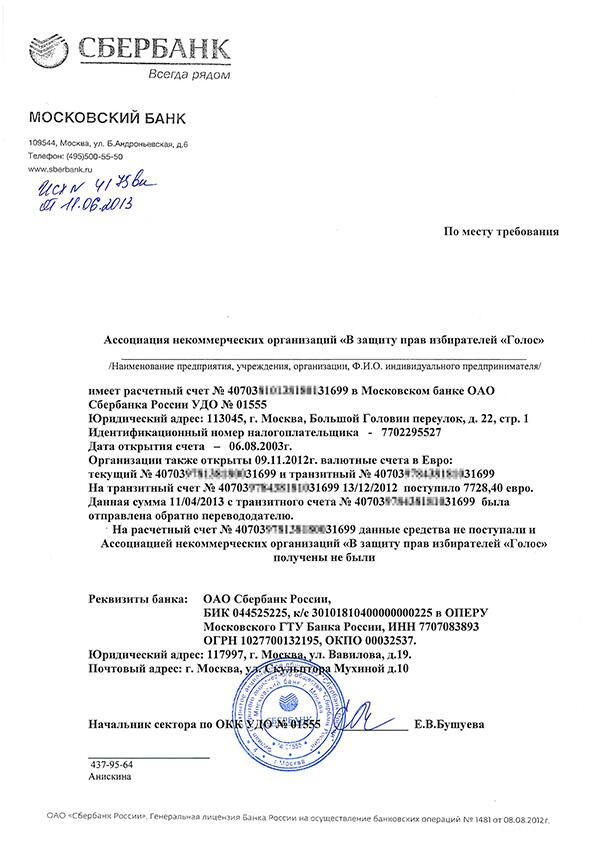 Finally, on 26.06.13 news of a decision by the Ministry of justice appeared in mass media on suspension of Association “GOLOS” activity for 6 months. Such a turn of the repression flywheel, propelled for the past year, was expected by us. Moreover, the minister of Justice himself leaked this information over a month ago.

Nonetheless, we are waiting for official documents from the ministry of Justice with the decision to suspend activity. Upon receiving this document we will make an official statement and file a lawsuit to appeal the Ministry’s decision.

In regards to suspending activity, we think it is important that we comment that a legal entity’s activity is suspended only within the frameworks outlined by the law, specifically (see. p. 6.1 art. 32 FZ #7):

• Our rights as the founder of mass media are suspended. Fortunately, the newspaper “Grazhdanskiy Golos” has two co-founders, and the second founder can continue to work. Because of this, there will be no problems with issuing and functioning of the newspaper and the editorial.
• Ban on holding mass activities and public events. We were not planning and will not hold mass activities and public event on behalf of Association “GOLOS”. With that, members of “Golos” team shall continue their activity under other organizations.
• Ban on the use of bank deposits, excluding settlement of payments for business activity and employee contracts, compensating losses, payment of taxes, duties and fines. We declare that Association “GOLOS” has no bank deposits. We draw attention to the fact that the ban does not extend to bank accounts of Association “GOLOS”. In the nearest time, we will prepare a semi-final financial report for all donations received by the Association “GOLOS”. A more or less up-to-date report is available on our website

The team of “GOLOS” lived in a very stressful, but working rhythm in the last months. We described only a small part of our lives – the actions of the Ministry of Justice against Association “GOLOS”. Aside from that we are literally bombarded by other agencies: Prosecutor’s office, Labor and Tax inspections, Information Technologies and mass Communications Agency, and numerous courts.

Association “GOLOS” transferred all information resources to entities that will now cover the activity of new organizations. We hope to complete the procedure of founding two organizations in the nearest days: association of civic unions “In defense of voter rights “Golos” (operates as a civic union without state registration) and Non-government organization (the form is under discussion) “Golos” (which will operate with state registration as a legal entity). New organizations will address citizens in the nearest time with a plea to support their activity.

Everything that was planned in relation to organizing monitoring elections on September 8th, the “Golos” team plans to do under the framework of new organizations.

We remain on the lookout of citizens’ voter rights. You can count on us, and we want to count on you.

Russia is a great country and it deserves real, honest elections!