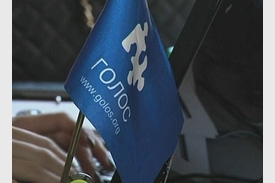 On June 26th, 2013 the team of Association of Non-government organizations “In defense of voter rights “GOLOS” learned from mass media about the alleged decision by the Ministry of justice to suspend the Association’s activity.

MOSCOW — Vladimir Putin has methodically removed challenges to his authority since he returned to the presidency a year ago, leaving a variety of opponents facing criminal charges that keep them in detention or in court. Now, his critics say, he has taken aim at a wide swath of civic organizations in an attack that could hamper democracy-building efforts for years to come. 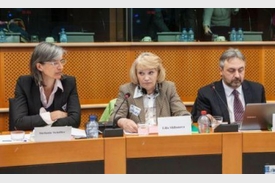 The Association GOLOS and other leading Russian NGOs have been declared „foreign agents“ in the past few weeks and are facing now to be shut down. On May 15th in the European Parliament in Brussels a public discussion on the crackdown of the Russian civil society was held on invitation of Werner Schulz. MEP, Green Faction.

Russia`s civil society under pressure: What the EU should do 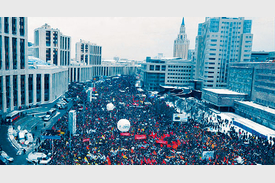 Russian Courts: An Instrument for Crushing Dissent, Not for Rule of Law

Freedom House condemns the harsh sentence imposed today on political activist Konstantin Lebedev by a Russian court for allegedly organizing civil unrest during the May 6, 2012 protests in Moscow. Lebedev, a defendant in the Bolotnaya Square case, was sentenced to two-and-a-half years in a penal colony. He was arrested in October 2012 after a pro-government documentary alleged that he was paid by a Georgian parliamentarian to recruit, train, and coordinate activists for the May 6 events. 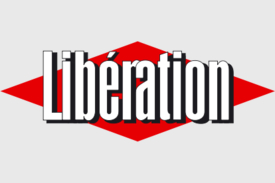 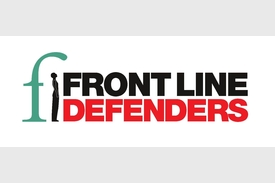 On 9 April 2013, the Ministry of Justice of the Russian Federation opened a case of administrative violation against the GOLOS Association for the defence of the rights of voters (Golos means “Voice” or “Vote” in Russian) and its executive director Ms Lilya Shibanova. GOLOS is a Russian non-profit organisation which was founded in 2000 for the protection of voters’ rights and the development of civil society.

The elections were characterised by a lack of political competition, low-key campaigning and a relatively low presence of partisan election observers in precincts on election-day. This has to be explained with the decision of the three main opposition parties not to nominate their candidates for the Presidential elections and consequently not to deploy their proxies to the election precincts. 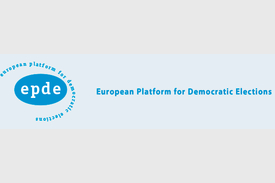 Press release: Presentation of European Platform for Democratic Elections (EPDE) at the European Parliament in Brussels 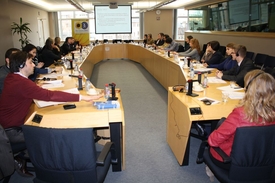 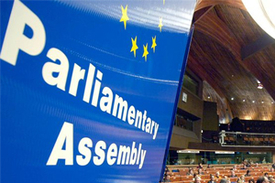 PACE delegation welcomes the intention of the Armenian authorities to organize and election fully in line with international standards, says the statement issued on Thursday.

Armenia: PACE pre-electoral delegation told of efforts to organise democratic elections but concerned about a general lack of interest and trust in the process

The intention of the Armenian authorities to organise an election fully in line with international standards has been welcomed by a PACE delegation visiting the country to assess the pre-electoral climate ahead of the 18 February presidential election. 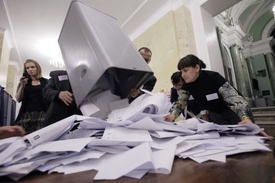 A presidential election in Russia isn’t scheduled for another five years, but the people who will run the polling stations and count the ballots are already being selected. 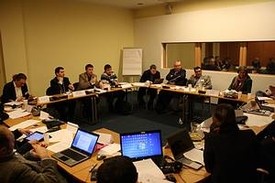 Warsaw — On 12th December 2012, twelve civil society organisations supporting or conducting citizens’ election observation in the states of the Eastern Partnership, the Russian Federation and the European Union have launched the “European Platform for Democratic Elections” (EPDE) in Warsaw. 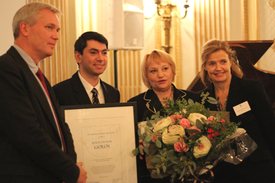 Russian Association ‘Golos’ was presented the Sakharov Freedom Award at a ceremony which also marked Norwegian Helsinki Committee 35 years’ anniversary on 23 October. Lilya Shibanova accepted the award on behalf of the organisation she leads. — It is a great honor to receive the Sakharov Freedom award. The recognition comes at a very important and suitable time for us, were Russian democracy is dwindling and organisatons like ours are under fierce attack from the authorities. The anniversary was also celebrated by a well attented seminar opened by Foreign Minister Espen Barth Eide. 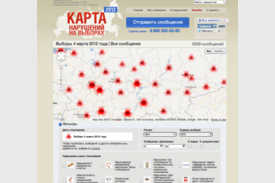 Golos, a long-time partner of NDI in Russia, was awarded the prestigious Sakharov Prize of the Norwegian Helsinki Commission today. The Commission especially lauded Golos for its innovative work during the recent Russian legislative and presidential elections. Golos, Russian for “The Voice”, is the only independent election monitoring organization in Russia. It has worked for over a decade on independent domestic election monitoring but became extremely popular during the recent Duma and then Presidential elections for its interactive map that allowed citizens to report violations during the election period and on election day. These elections were marked by the savvy use of Russians of social media and camera phones to record and report election violations on YouTube and on Golos’ map. 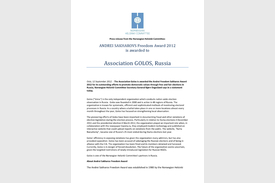 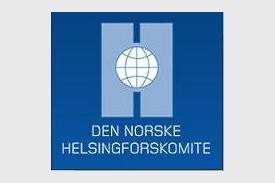 On 23 October 2012 in Oslo, Norway the Helsinki Committee will present the Sakharov Prize for Freedom of Thought to GOLOS Association for its work toward strengthening the political rights of Russian citizens. Executive Director Lilia Shibanova will represent GOLOS at the ceremony.

“Foreign agents” under Russia's NGO Law and its US doppelganger

President Putin signed off on a high-profile bill that will relegate politically active NGOs receiving funding from abroad to a registry of “foreign agents.” Once registered, these NGOs will face heightened scrutiny. They will be required to file regular disclosures with the government and to label all materials disseminated through major channels with their “foreign agent” status.

The Kremlin Wants to Mute Our Golos

There are 120 days left until the amendments to a law come into force for nongovernmental organizations that receive foreign grants. Those who refuse to register as foreign agents could face stiff fines and up to three years in jail.